So The Lovely Rhonda and I are at the beach. We are here to relax, because going away from your home causes you to not do so much laundry or cleaning of litter boxes or taking out the garbage while you are gone. No, going away means you do those things in a giant push of clean-up and preparation before you leave and then you do them all again in a huge scramble of clean-up and unpacking when you return. Hence the two hours of concentrated toil this morning.

Anyway, we are here and staying at a bed-and-breakfast. It was recommended by a co-worker. They had a last-minute deal going and we just decided to throw caution to the wind. Sometimes this will turn out very well, as it rather is today. Occasionally you end up staying at the Inn of the Crazy Lady, as I memorably recall doing once in Tok, Alaska, but there's no way to predict and would you really want to? There fun is in the surprise.

This particular B&B is run by the most adorably sprightly and miniature woman and her invisible husband. …Okay, he may have a corporeal presence and we just haven't seen it yet. That may be true. I grant you that. But — she has mentioned him several times in a way that implies he could be just off in another room, maybe puttering in a shed or the garage, yet there is not even the faintest shred of evidence that he actually exists. Not a pair of forgotten reading glasses on a counter or cardigan thrown over a chair.

As with most privately-run owner-operated B&Bs, this one is a bit on the homespun side. There appears to be a reliance on black duct tape for some installments and repairs, and it is aggressively well-lit with an astonishing variety of night lights plugged into most, if not all, of the interestingly-placed electrical outlets. The house was built in the 40s and features a quirky layout after the nook-and-cranny school of architecture.

But the best part? By far: the décor, which appears to be largely 80s-based, with a heavy thematic presence of calico. It's as though Laura Ashley came here to retire and brought her valances with her. 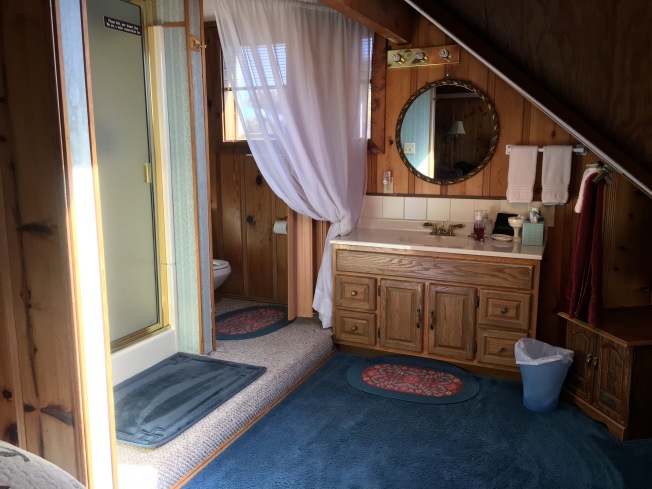 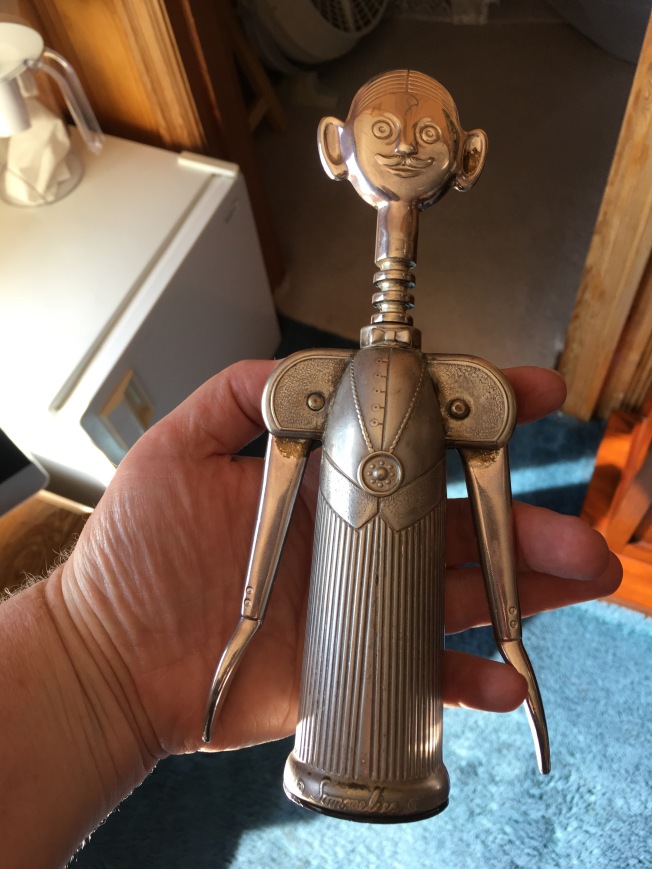 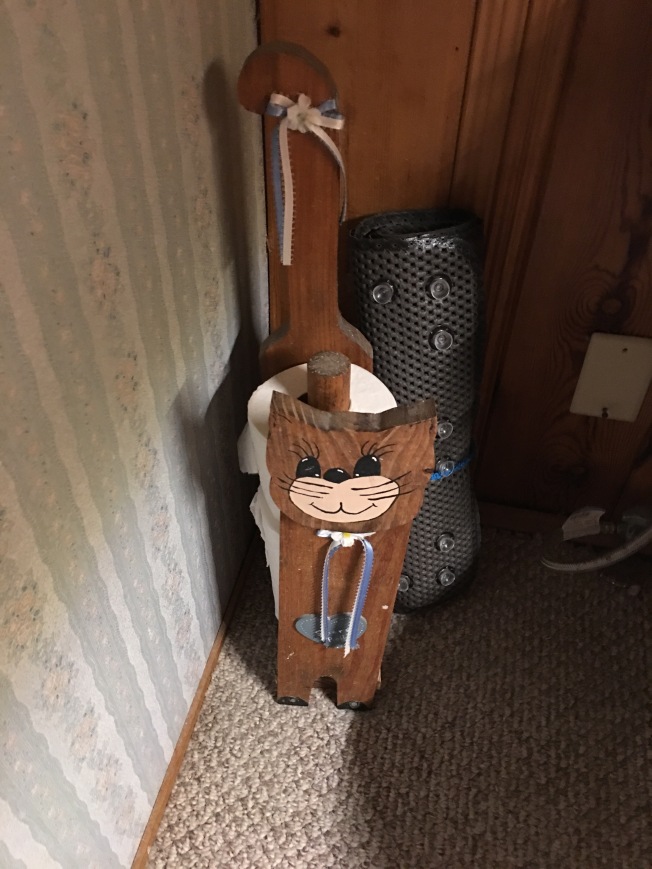 I hereby confess my ignorance that such a thing existed as a plunger cozy. I am wiser now.